Do you have the spiritual gift of discernment? 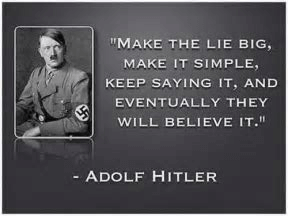 Do you believe every word a person says if he/she is very articulate and uses seducing and truthful sounding words, using the right tone that is meant to convince you they are telling the truth?  This is the same tactics used by scam artists to relieve you of your money.  Creative ads do the same thing.  Politicians do it too.

Why does someone easily fall for their lying tongues?  Because they do not have the spiritual gift of discernment.

God gives some, not all, the spiritual gift of discernment.  This fact can be found in the bible.  All the gifts of the spirit are discussed on the following website: WHAT CHRISTIANS WANT TO KNOW

The Holy Spirit gives the gift of discernment to enable certain Christians to clearly recognize and distinguish between the influence of God, Satan, the world, and the flesh in a given situation. The church needs those with this gift to warn believers in times of danger or keep them from being led astray by false teaching.  See also I Corinthians 12:10, Acts 5:3-6; 16:16-18; 1 John 4:1.

I post this because I am concerned about the future of America.  Will people who are easily duped by articulate words that sound very convincing vote to impeach Trump, or will the verdict be based on common sense, based on the gift of spiritual discernment, to see through the abundance of lies being submitted to the Senate?

truth lies revealing truth revealing lies gift of discernment lies of the Devil truth of God
WHY BOOK OF JOB IN BIBLE?
WARNING SIGNS FROM GOD
Consider This Before Voting