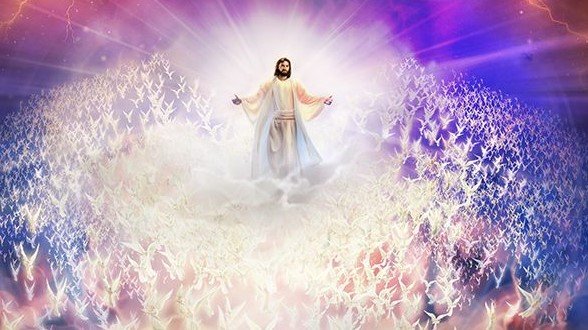 Keep in mind. The anti-Christ comes after the rapture (2 Thessalonians 2).

Having studied the Bible here and there in my life, in many different forms and it really does always come down to this. I have been hearing about the second coming of Christ and the events unfolding since I was a kid. The "Mark of the Beast", microchips, no cash/just plastic, Marshall Law, Total Government dependency/control.

When we are raising a family, working long hours, some two jobs, lots of things go unnoticed or just get ignored. No one can comprehend how bad it will be......till it is. We have NEVER been told to stay home, quit work and rely on the Government. WE are seeing a lot of "firsts" since January. Can our minds and bodies handle what's coming?

Not without God - I wonder what doctor they will have on the news explaining the rapture and the disappearance of so many people? I won’t be here for it but it’s just a thought. While the devil is preparing people for the Anti Christ, God is preparing people for the Rapture. I don’t know when the rapture will take place but I know that I won’t be left behind when that trumpet sounds!

Also, believe right now that God is giving us a chance to repent. We need to get the Gospel message out!!! Until the Good Lord calls me away from this world to go home, I want to make it clear that I believe in Jesus Christ as the one and only True Lord and Savior. Despite the fact that I am human, and I fail a lot, I believe that Jesus is the Son of God.

I believe that He came as a baby, I believe that He died on the cross as a sacrifice for our sins and that He rose from the dead on the third day and He is in Heaven preparing a place for all those who believe and trust Him as their Savior.

He loves us all dearly (far more than we deserve) and forgives our sins when we repent. His Word says John 3:16 "Whosoever believeth in Me , shall not perish but have ever lasting life. ”Matthew 10:33 says, “But whosoever shall deny me before men, him will I also deny before my Father which art in heaven.

This is the best challenge I have seen on Facebook; so, if the Holy Spirit moves you and you’re not ashamed, just copy, and make this as your status update. Can I get an Amen for being a believer in God The Father, God The Son, and God The Holy Spirit? Amen!