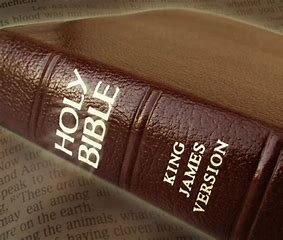 King James 1 of England was born into a contentious religious environment and he wanted the Bible to be translated accurately into an English version.  He went to great lengths to assure the scriptures were accurately translated.  At that time, there were already many translations of the Bible.  As of today. there has been at least 500 versions of the Bible and translated into 450 languages.

C&P from Bibleinfo.com:  "Here is how the KJV came about: 54 college professors, preachers, deans and bishops ranging in ages from 27 to 73 were engaged in the project of translating the KJV. To work on their masterpiece, these men were divided into six panels: two at Oxford, two at Cambridge, two at Westminster. Each panel concentrated on one portion of the Bible, and each scholar in the panel was assigned portions to translate. As guides the scholars used a Hebrew Text of the Old Testament, a Greek text for the New. Some Aramaic was used in each. They consulted translations in Chaldean, Latin, Spanish, French, Italian and Dutch. And, of course, they used earlier English Bibles—at least six, including William Tyndale's New Testament, the first to be printed in English. So what language did they use? Every language that was available to them."

It took seven years for the work to be accomplished and was published in 1611.  Since so much work and care went into the translation, the KJV is commonly referred to as the most accurate of all translations.

The generally accepted belief that the Bible was inspired by God is found in:

2 Peter 1:20-21  (JKV) Knowing this first, that no prophecy of the scripture is of any private interpretation. 21For the prophecy came not in old time by the will of man: but holy men of God spake as they were moved by the Holy Ghost.