What is the role of the churches in politics?

We live in an upside down world where God's laws are usurped by liberals who turn everything that is "right" into something that is "wrong" by their illogical twisting of the laws of God.

In the USA, there is separation of church and state, but the churches still play an important role in shaping our society.  How?  Because the laws of God are frequently in direct contrast with the policies set forth by congress.  For instance, the abortion laws of many states in the USA do not reflect the laws of God regarding abortion..

There has been much disagreement  between  scientists and the churches as to when life begins.  The church believes that life begins at conception.  To end a  life with an abortion is paramount to murder.  Nevertheless, some state legislators have initiated policies that now allow a baby to be killed up to the time of birth, sometimes immediately after birth.

Many of the ten commandments are broken by media outlets by lying and bearing false witness against others, etc.  Visualize or fanaticize for a moment...what if all churches functioned to their optimum level, a level that would please God and everyone belonged to a church and lived according to God's laws, wouldn't the world be in a better place?  As it is, most of our human behavior is controlled by man-made laws.

Politicians and news outlets are spreading hate constantly.  Today, hate is taking over the world as evidenced by constant wars, violent protests, murders and other hateful acts that tear down our society.  God wants peace and love to cover the earth.

Ask yourself...what is the role of the church in politics?  To stand firm against man-made policies enacted by Congress that do not line up with Christian principles.  How can this be accomplished?  Vote for people in government who will uphold the laws of God.  Saving the world is in the hands of Christians who are willing to do the work of God. 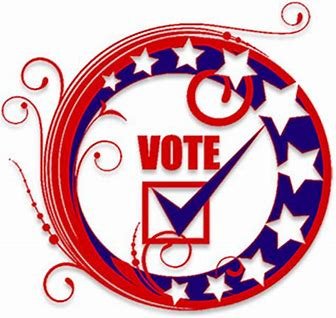