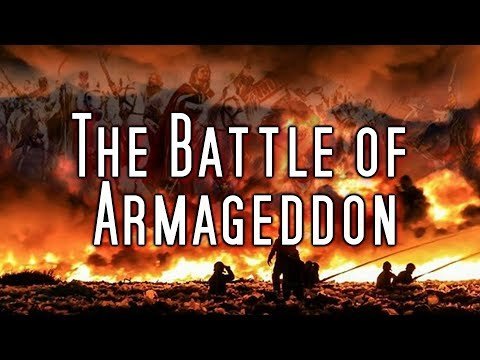 Bible prophecy is being fulfilled before our eyes.... Like President Trump or not, he has already fulfilled one of last prophecies in the Bible prior to Jesus’ return. Moving the US Embassy in Israel back to Jerusalem and recognizing Jerusalem as the Capital of Israel is one of the prophecies that must be fulfilled. No other President in history has done this, but Donald Trump did.

We ain’t seen nothing yet!! What the world is experiencing right now is Just the tip of the iceberg!!!
Just in case anyone wonders where I stand: The 7-year tribulation will be worse by far than anything anyone could imagine. If you think this is our last Pandemic or "natural" disaster you are sadly mistaken.

Read the book of Revelation. As a Christian, I’ve heard about the corruption and debauchery of the end-times most of my life. It appears the book of Revelation is unfolding right before us. We shouldn’t be shocked either, given the state of immorality in our world. Every day, the boundaries of sin seem to be pushed further and further.

The line between right and wrong has slowly been erased by society, television, and pop culture. Witchcraft, spiritualism, “New Age” belief systems are being celebrated and exalted, even among some professing to be Christians. We have been removed further from the world God created and intended. We need to take this time to re-evaluate ourselves. We need to prepare and repent. Jesus will return just as His Word tells us. This is a huge wake up call, and I am taking it seriously. I want to go Home to my Father, when my time is up.

Until the Lord calls me away from this world to the next, I want to make it clear that I believe in Jesus Christ as the true Lord and Savior. I believe that Jesus is the Son of God, was sacrificed on the cross, died for our sins, and rose again. He loves us all dearly (far more than we deserve) and forgives our sins if we repent. His Word says "whoever believes in Me, will not perish but have everlasting life”

“But understand this, that in the last days there will come times of difficulty. For people will be lovers of self, lovers of money, proud, arrogant, abusive, disobedient to their parents, ungrateful, unholy, heartless, unappeasable, slanderous, without self-control, brutal, not loving good, treacherous, reckless, swollen with conceit, lovers of pleasure rather than lovers of God, having the appearance of godliness, but denying its power.” -2 Timothy 3:1-5