HOW TO STOP MASS MURDERS 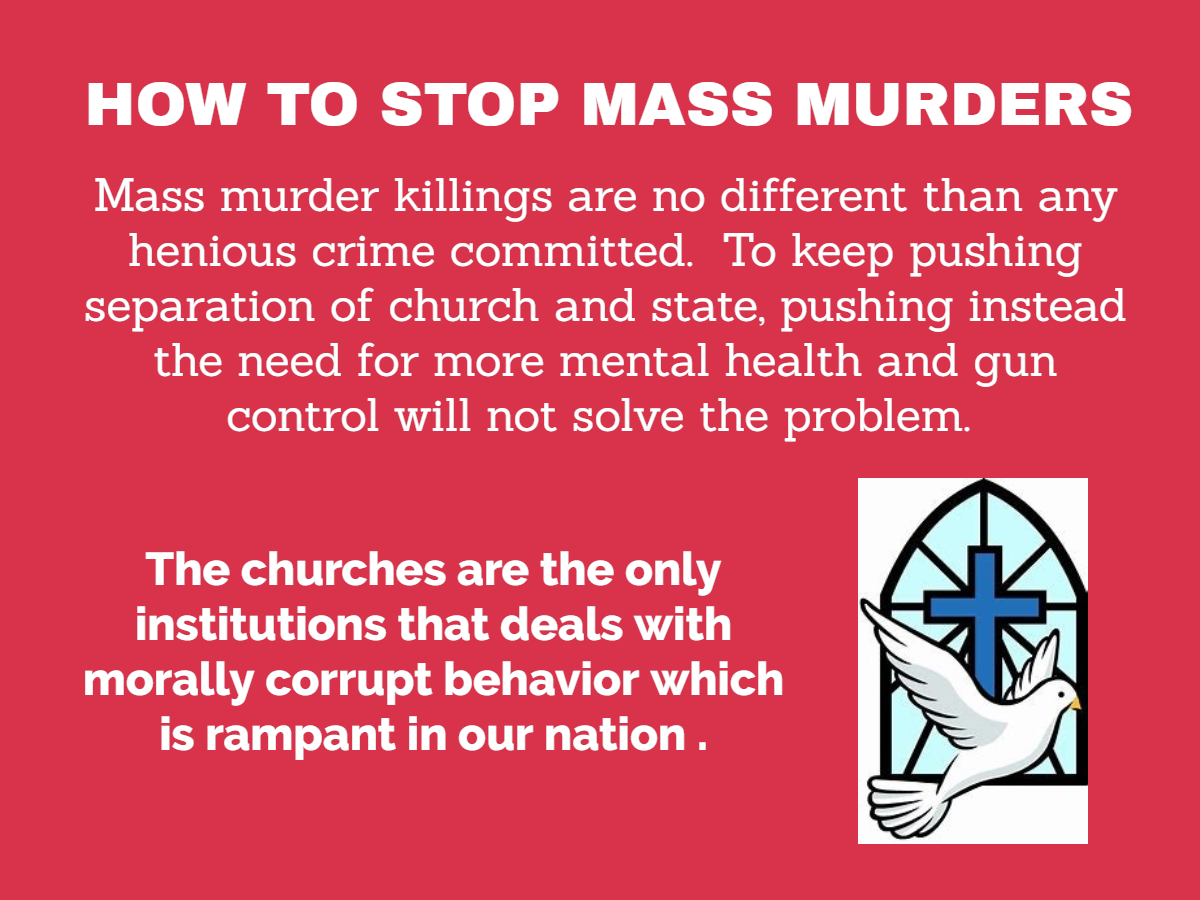 People who commit mass murders are usually no more mentally ill than MS13 gangs or all of the criminals housed in prisons.  EVIL behavior is the real problem because the criminals are MORALLY CORRUPT, not suffering from mentally illness.  MASS MURDERERS suffer from bad choices leading to BAD BEHAVIOR.  All the psychiatric treatments and medications in the world will have no effect on them.  The government and mass media push separation of church and state, gun control, and erroneously push mental illness as being the problem.  Do I know what I am talking about?  In my four-year college degree majoring in nursing and receiving a Bachelor of Science in Nursing (BSN), I spent a great deal of the time specializing in Psychiatric nursing.  After working in three psychiatric facilities and being disillusioned with treating too many people who were not mentally ill but suffered from BAD BEHAVIOR, I chose to work in ICU units in hospitals for most of my career.  Advancement in trying to stop MASS MURDERS will not accomplish anything if "MENTAL ILLNESS" is blamed for the problem.  The only solution is to redirect their thinking which can be found in local churches that teaches the foundations of Jesus/God which points a person toward a successful life.