Why is USA's culture in a moral decline? 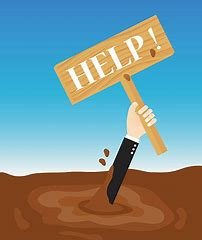 Over the years, I have seen a steady decline in our culture, where too many people have become uncivilized as evidenced by the hateful trash talking liberal media networks, newspapers, and social media.  The radical Liberals, especially people living in states like California and New York, have pushed their illogical and sometimes downright ignorant way of thinking down conservative throats, and have changed America's culture for the worse.

Why have the liberals "way of thinking" caused a change in our culture?  Because most of them have left the church.  The churches are on the decline.  As per Churchleadership.org the following is c&p because these statistics below are worth repeating:

Now, by extrapolating the data and doing some statistical evaluation and adding some hope for revival, we can see the figures drop to 15% of Americans in attendance at a church by 2025, and a further drop to 11% or 12 % in 2050. Soon, we can catch up with Europe, which is currently "enjoying" two to four percent of its population in regular Church attendance. By the time these predictions come to pass, Europe may have no significant Church presence at all.

My thoughts:  There are too many "temptations" lying in wait for the common man; so most churches need to "up their game" to inspire people to "accept Christ" and either join or return to the church in order to "save" the USA from being sucked down into a cesspool of immorality.   If not, God may"....

Revelation 3:16 16So, because you are lukewarm-neither hot nor cold-I am about to spit you out of my mouth.  (New International Version)