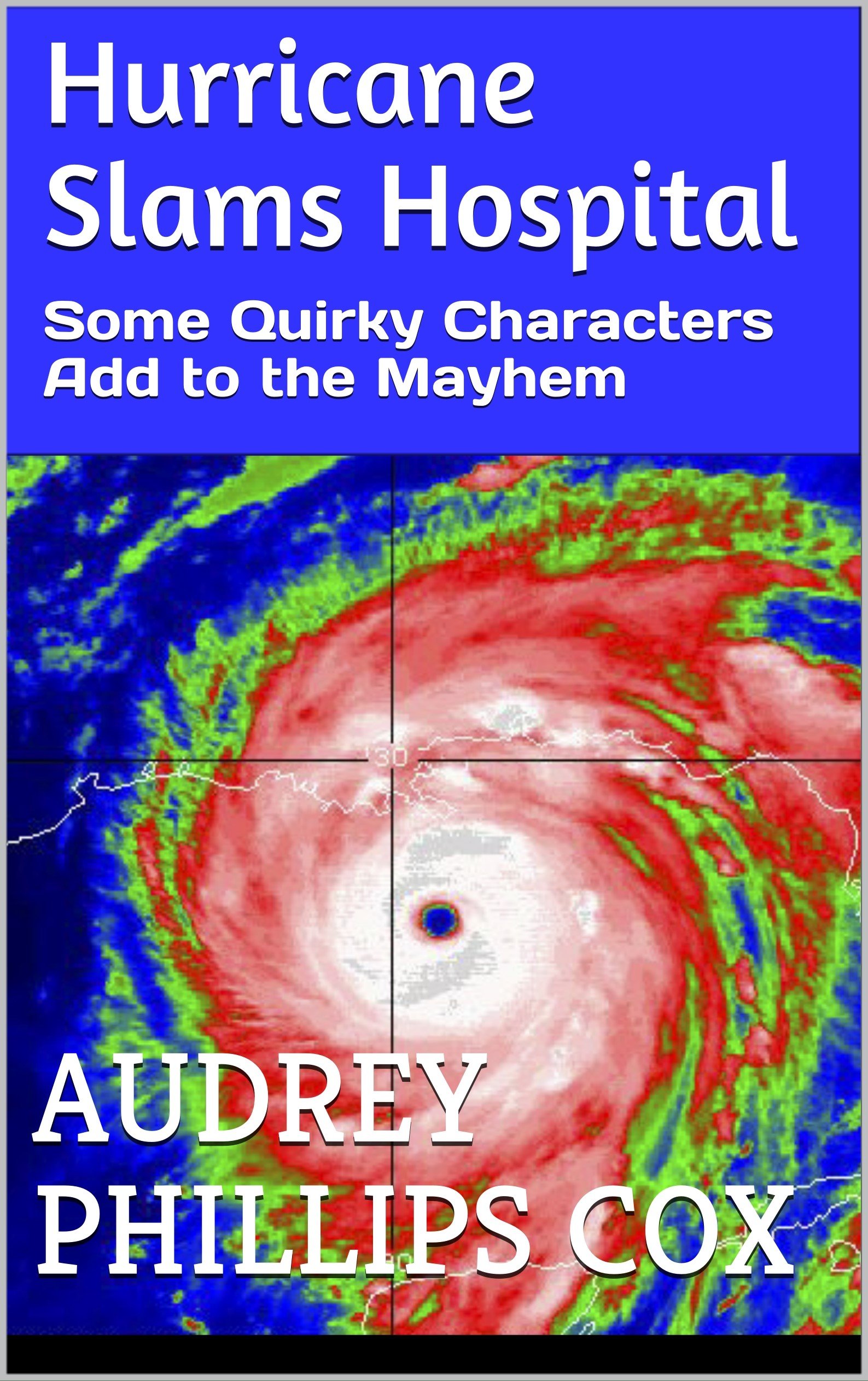 “When one tugs at a single thing in nature, he finds it is attached to the rest of the world.” -JOHN MUIR-

University Hospital Mobile, Alabama Tuesday, October 15, 2002 FOR TWO DAYS, A DANGEROUS STORM named Hurricane Claude has been out in the Gulf of Mexico, threatening to make landfall somewhere along the Gulf Coast. As if it has a mind of its own, it has been teasing and taunting the residents up and down the coast by frequently changing its course.

Having formed in the Atlantic Ocean over a week ago, it has already slammed into the Caribbean Islands and Key West, Florida, causing billions of dollars in damage. It had slowed down by the time it reached the Gulf of Mexico but the warm gulf water has refueled the whirling winds and it has begun to pick up strength again. It is predicted to be a category five hurricane by the time it makes landfall somewhere along the Gulf Coast.  For the last six hours, it has remained on a consistent northerly tract heading straight toward Panama City, Florida, which causes the residents of Mobile, Alabama to think that they might be spared from a direct hit from the hurricane.

UNIVERSITY HOSPITAL, owned and operated by the local medical university, is located in downtown Mobile and is preparing for the worse. Nick and Laura, two nursing supervisors, will be working the evening and night shifts. Their job is to oversee the entire nursing staff of the hospital, to not only make sure that the patients get good nursing care but also to do everything they can to assure the patient’s safety in the event the storm changes course and heads for Mobile, Alabama.

Their jobs are not easy on a normal night. They have to be sure that units are adequately staffed, that nurses safely carry out treatments and doctor’s orders, resolve complaints of the patients, respond to emergency codes, smooth out differences that arise between nurses and doctors and resolve any problems relating to the nursing division.

Adding a hurricane to the mix could make their lives turn into a nightmare.